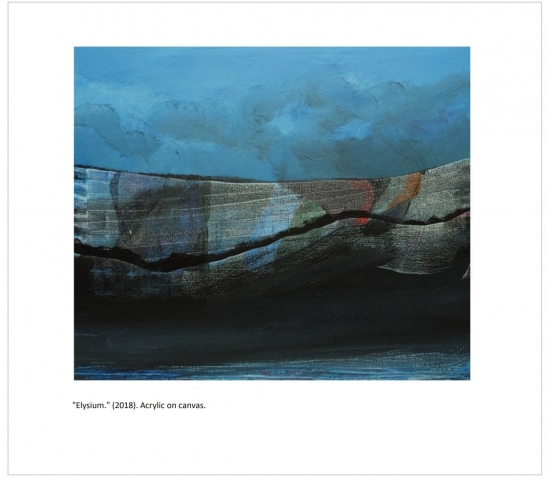 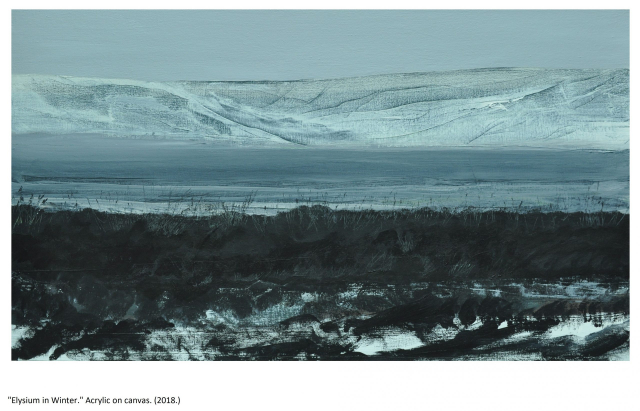 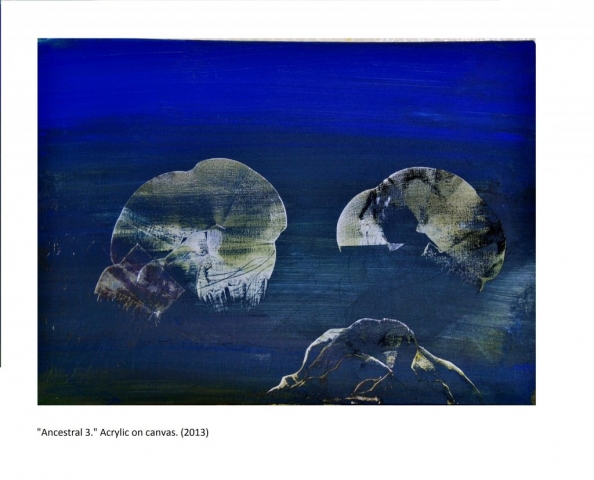 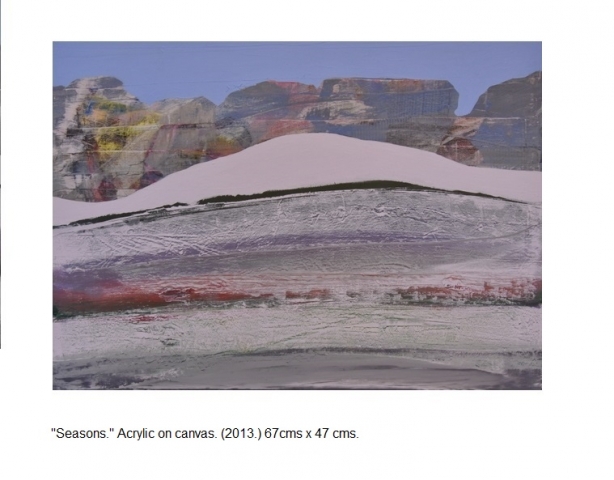 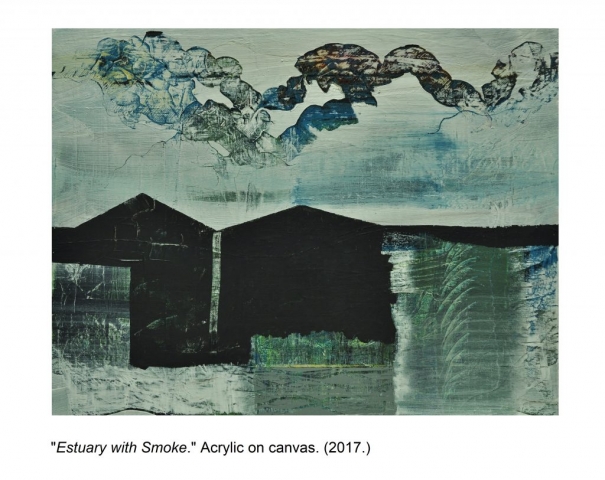 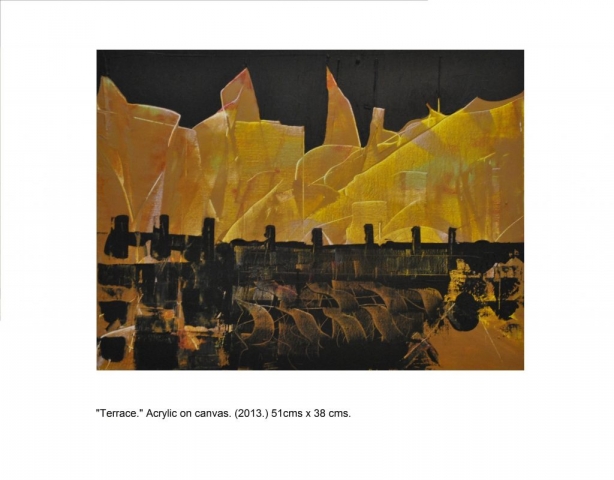 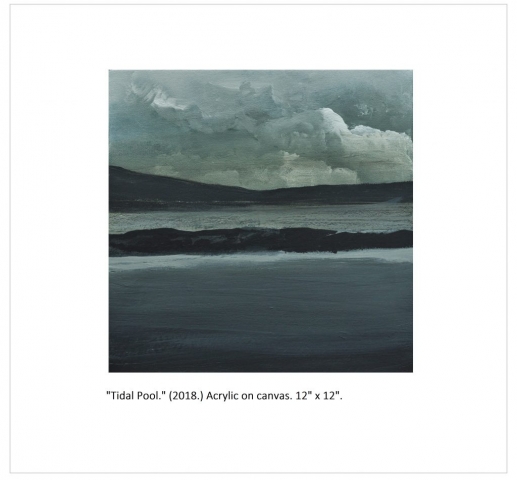 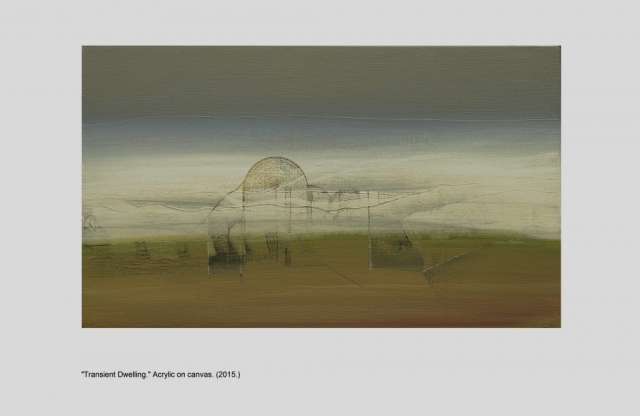 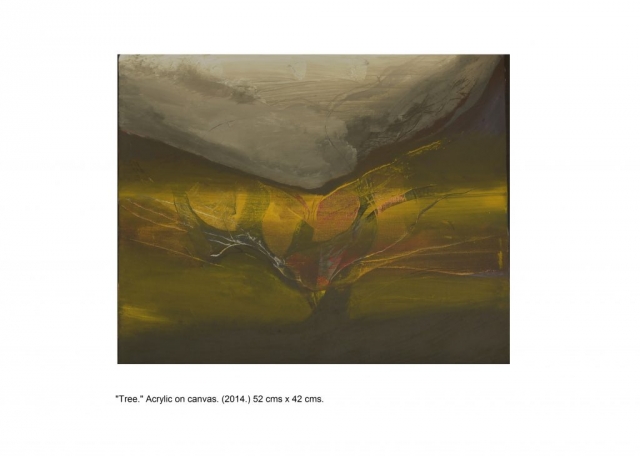 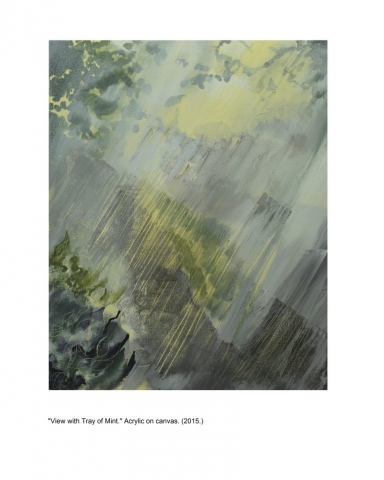 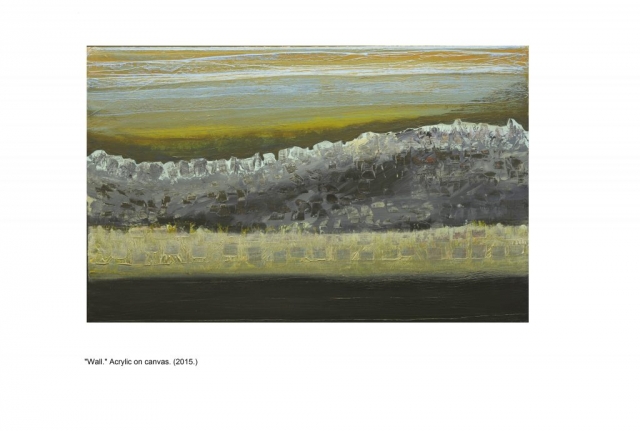 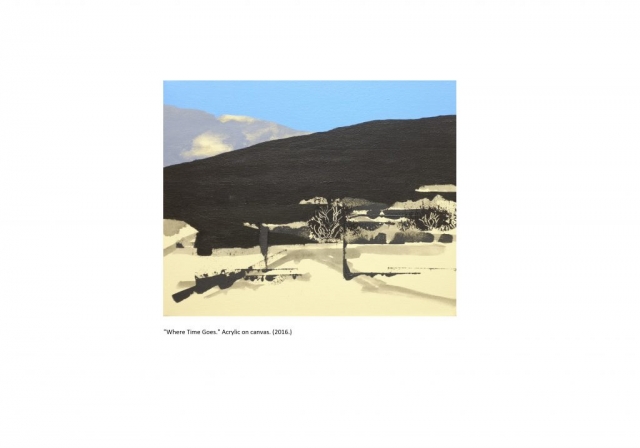 Prior to his art training he participated in The Kirklees Writing in the Community Programme. His poetry and stories became a basis for his painting, which is concerned with a sense of place and with visual languages that bridge imagination and memory. His paintings inhabit the moment of daydream when our inner identities and our roles as pedestrians and passengers overlap. How we seem to dissolve and then return to everyday life recurs as a motif in his work. He has been collaborating with the painter, photographer and filmmaker Natalie Riggan for 18 years. They have supported each other through sharing a camera lens library and have organised quarterly excursions. In 2005 they participated in an Arts Council study titled Isolated Artists, since he was diagnosed with Asperger’s Syndrome and A.D.D. in 1999 at the age of 37. His years undiagnosed and unconnected and the proceeding years are another division, or boundary, which his work seeks to express.

His work as an artist merges seamlessly with his poetry and his writing, each having some perspective on memory and identity. He is also an occasional cartoonist and a paper cut-out artist. More of his work can be seen at: https://stuartvernonrushworth.wordpress.com/